Donald R. Burgett. Veteran of A-Company, 506th Parachute Infantry Regiment, 101st US Airborne. He wrote books like 'Currahee (A Screaming Eagle at Normandy)' en 'Seven Roads to Hell (A Screaming Eagle at Bastogne)'. A man who is honest about what really happened in the heat of combat and tells about it, uncensored, in his books. Exclusive for our website he tells his WW2 history.

I was born April 5, 1925 in Detroit, Michigan and grew up during the 'Great Depression' years when no one but Rockefeller had any money, very little to eat and had to wear hand-me-down-clothes. Attended a one room country school until I entered high school, Mackenzie High. I began hunting at age seven or eight for meat, (rabbits and pheasants) with a sling shot and did manage to kill quite a few to help with the family meals. I also ran a muskrat trap line for fur as a source for spending money. At age 12 I received a single shot 20 gauge shotgun and hunted everything from rabbits to deer with that until I entered the military April 5th 1943 on my 18th birthday.

My older brother, Elmer, had entered the service in early winter of 1942 and joined the newly formed paratroopers, 11th Airborne, 511 Rgt. That inspired me to join the paratroopers on my legal 18th birthday but the military shipped me to the Horse cavalry in Fort Riley, Kansas instead. I did take horse cavalry training during basic but managed a transfer to the paratroops after basic training; entering the airborne in the fall of 1943 in Fort Benning, Georgia.

I trained with the 541 Rgt. on that Rgt's activation in Fort Benning and qualified as a paratrooper. We were all sent to the 101st and 82nd airborne divisions as fill-ins to build those two divisions up to infantry strength for the upcoming Normandy Invasion. I joined A company, 506 Pcht. Inf., 101st Abn. Div. mid February 1944 in Aldbourne, England where we were billeted in the stables. A company lived in these stables for eleven months.
(Webmaster: He actually lodged in stable number 13!!)
After Normandy and only three weeks prior to the Holland jumped A Co. was moved out to Chiseldon and E Co. moved into them. E Co. stayed in the stables only three weeks. We did extended training and night jumps including one in Torquay, hedgerow country, southern England.

My stick was in one of the lead aircraft that headed to Normandy, taking off while it was still light enough to see on the eve of June 5, 1944. I jumped at 1:14 AM June 6, landing near Ravenouville, France. Troopers gathered in the dark and came under the command of my pltn. leader, second Lt. Bill Muir. We, along with other troopers, some of the 82nd, attacked and liberated Ravenouville at daylight the first TOWN to be liberated in Europe in WWII. The 82nd liberated Ste. Mere Eglise, the first CITY to be liberated in Normandy by the night of June 6, 1944.

We took part in the liberation of Carentan a few days later, I was wounded two different times in the ordered bayonet attack in bloody Gulch outside Carentan, June 13, 1944. The second wound nearly severed my right forearm.
(Webmaster: Read all about this bayonet attack in his book Currahee!)

After healing We jumped into Holland; I landed at Zon, now spelled Son, and took part in attempting to capture the bridge there. The Germans blew it up. We fought in Holland for 72 days, the 506 starting at Zon to Eindhoven, back to Koevering, to Opheusden, then on to Driel across from Arnhem. From there we were moved to Mourmelon, France. Three weeks after arriving in Mourmelon the Battle of the Bulge started. We were rushed by open cattle trucks to Bastogne.

A co. fought from Dec. 19, 1944 for 30 continuous days from Noville to Foy to Luzery and other places around the perimeter of Bastogne until relieved 30 days later. I was wounded the third time in the 'Battle of the Boise Jacques' by rifle fire but stayed in combat until we were relieved. I survived mostly by sheer luck and in part because I hunted extensively developing shooting skills and instincts up to the time I entered service.

We left Bastogne to arrive later in mid winter of 1945 in Alsace where I led a successful night patrol across the Moder River. Later we were moved to the Ruhr Valley where A Co. made a night raid across the Rhine in Assault boats into the town of Himmelgiest. Again we moved through areas of Concentration camps and little fighting until we arrived at Hitler's House in Berchtesgaden, Germany where we were army of occupation there and in Bruck Austria.

We moved to Joigny, France and began preparations to move to the Pacific to lead the invasion of the Japanese mainland. The war ended with the atom bombing of Japan and we returned home a few months later. I was discharged in Atterbury, Indiana just before I turned 21. I could not vote, buy a car on contract or buy a beer. I wasn't old enough.

(Webmaster: in fact, when Donald Burgett tried to buy a beer on New Years Eve 1945, surviving World War Two and more specific the Normandy Invasion, The Battle of the Bulge and so on..., back in his own neighborhood in Detroit, he couldn't get served. The man that was trained to jump out of an airplane, invade any country and kill the enemy in 101-different ways... was to young to buy himself a beer).

I took flight training and received my pilots license Sept. 1947. I wouldn't hold a job more than two or three months and traveled around the States; bought a plane and headed for Alaska, ended up in California for nearly three years and finally returned to Michigan. I sold my plane, a Timms open cockpit two place, bought a 1943 jeep and drove the jeep from Los Angeles, Cal. to Detroit, Michigan.

I finally became a carpenter, met my wife Twyla Moonen Austin, married at 27 and settled down to make a living for our growing family. I retired as a builder of residential homes at age 62. Today my wife and I have 5 children, 9 grand children and 13 great grandchildren. I wrote my first book 'Currahee,' in 1962 and placed it in 1965 with publisher Houghton Mifflin, it came out on the market and copywrited June 6, 1967. The first or possibly the second book on WWII paratroopers written by an enlisted man. Currahee was endorsed by General Eisenhower as the most accurate book on WWII and contains a statement by that General. Currahee is the ONLY book on WWII that was endorsed by Gen. Eisenhower and was published in fourteen countries.

Since that time I have completed three more books, The Road to Arnhem, (Holland) Seven Roads to Hell, (Bastogne) and Beyond the Rhine, (to the end of WWII.) I have done seven documentaries for different TV companies including BBC, History Channel, HBO, Oliver North Hour, Fox Broadcasting, and others including favorable write-ups in 'The New Yorker,' 'Life Magazine,' and others, and turned down an offered writing contract with Random House. At my age a contract would be too confining, I want time to hunt and fish.

At the present I am taking some time off to catch up on work around the house that I have neglected while on book signing and speaking tours. I do plan to do more writing but not at liberty to say just what at this time.

All books have been printed in various editions. 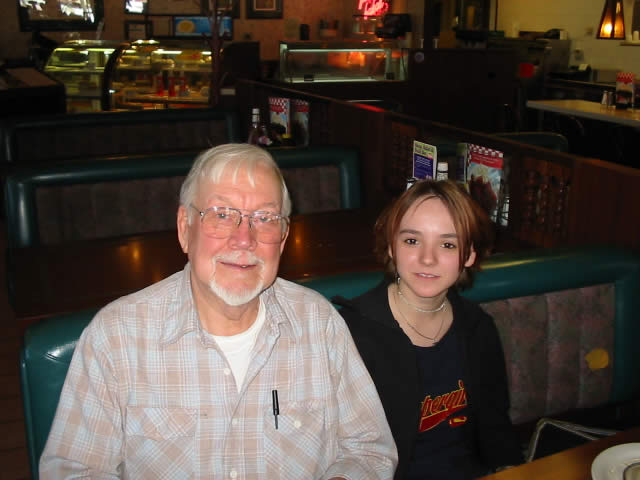 This website is dedicated to all Allied Paratroopers of World War Two. They became a 'Band of Brothers' who enlisted for a new type of warfare. They jumped into occupied Holland on Septmber 17th 1944 like Angels from the Sky. We will honor their heritage.
Extra interview with Don Burgett