Jack's warbio in his own words:

Jack came out of a middle class family and is the middles one of the three sons, Jim, Jack and Dick. Jack is born on August the 18nd 1922. His mother was a accompanist and his father worked for the Columbia Portland Cement Division.

"On 7 th December 1941 ,that Sunday ( attack on Pearl Harbor), I was with my Fraternity initiating our new pledge class. I was in my 2nd year at University of Pittsburgh, studying political science and economics.

On April the 18 th 1942, I enlisted in the Army Reserve, I was just 19 and, at that time, I wanted to graduate and then go in the Army. But I went to Summer School at the University of Pittsburgh. And so by Jan. '43, I was a Senior and could have been graduated in September '43. However, 19 of us, all scheduled to graduate three months later. we all decided to enter the Army on 29 June '43!

November 19 '43 I graduated from Officers' School and was shipped to Puget Sound ,Washington, next to the Pacific Ocean. This was the Coast Artillery and by May '44 my unit was converted to Field Artillery and shipped to the Pacific and we junior Lieutenants were sent to Fort Benning Georgia, (Infantry School) and that is where I learned about the Paratroopers and signed up.

Graduated with my Jump Wings and by October '44, I was on the Queen Mary heading for Scotland. From there down to Chilton Foliat, a beautiful old Wiltshire village , rear base of the 101st A/B. Five days later we flew to Mourmelon le Grande and waited another 2 weeks for the 101st to come out of Holland. By mid Nov '44.  Most units of the 101 were still in Holland, the 506 was already back in Mourmelon,  I joined 2 nd battalion 506 th Easy Company. We all had Thanksgiving Dinner in those French/German Mess Halls.  And we were all awaiting for new recruits, equipment and supplies.

Monday noon 18nd of December 1944, we loaded up on trucks and by late afternoon we left Mourmelon in the direction of Bastogne. After a hours of traveling packed together very tighten, we jumped off those trucks and the and the next morning 19 th of December 1944 we marched into Bastogne and straight to Jacks Woods were we took a defensive position.

So it was Bastogne, Haguenau, Germany, Rhine River, down to Cologne, then on trucks etc to southern Germany, the Concentration Camp, Munich, then down into Austria, Berchtesgaden, Zell am Zee, Occupation, Joigny, FR 8/1/45.

Thank you Jack for helping me with and let me use this article.

This website is dedicated to all Allied Paratroopers of World War Two. They became a 'Band of Brothers' who enlisted for a new type of warfare. They jumped into occupied Holland on Septmber 17th 1944 like Angels from the Sky. We will honor their heritage.
1 st Lt. Jack Foley, 506th PIR 2nd Battalion 101st airborne. 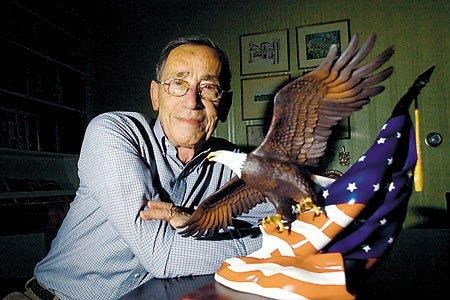 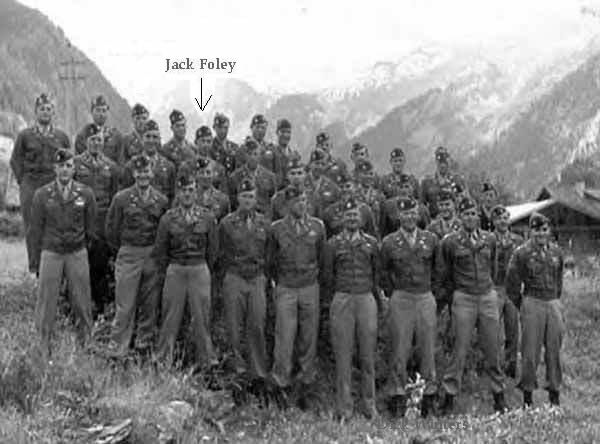