In early February 2004 we received a letter from the US Army, Public Affairs department. Our requests for more info on several WW2 soldiers, including Cecil E. Hill, has been received

For research as been conducted by the STIWOT Para Research Team / Screaming Ducks Living History Association we are granted access to more information (if avaible) on these soldiers. Keep in mind that millions of files have been lost during the 1973 fire at the St Louis Army storage facility.

Part of the letter is pictured below: seems we have to wait a little bit longer for our specific requests will be processed. 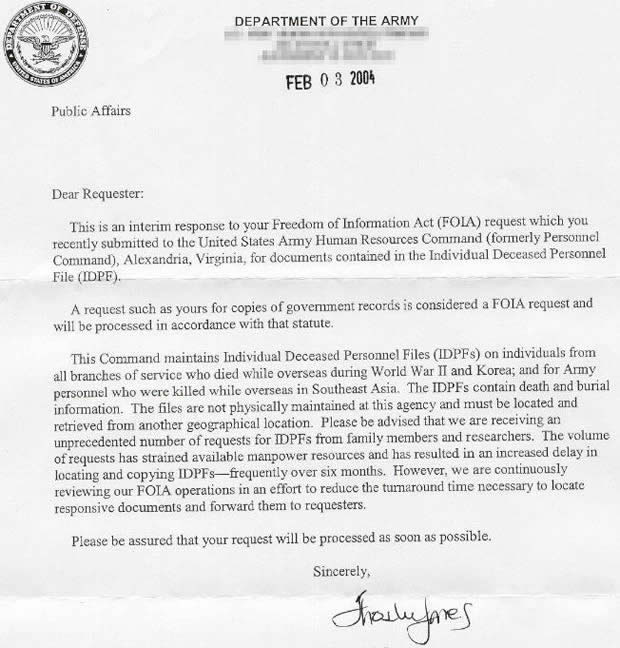