1944, September.
The American Paratroopers of the 82nd and 101st Airborne Divisions have fought along Hells Highway to ensure that the British XXX Corps can keep progressing in the direction of Arnhem. The battle has been fierce and brutal. After the initial stages of Market Garden and the failure of the last stages (reaching the British Paratroopers in Arnhem), the region between the Neder-Rijn and the Waal will be the scene of months of mostly static battle. This area is known to the Allies as 'The Island'. From the other side of the Neder-Rijn, on high grounds, the German 88's rule and punish every open movement within sight. From Dodewaard and Opheusden in the West, to Driel, Elst and Lent in the East the US Paratroopers are the Main Line of Resistance.

In the middle of this all lies a little town called Valburg. The picture we are looking at is one of a knocked out Tiger near Valburg. 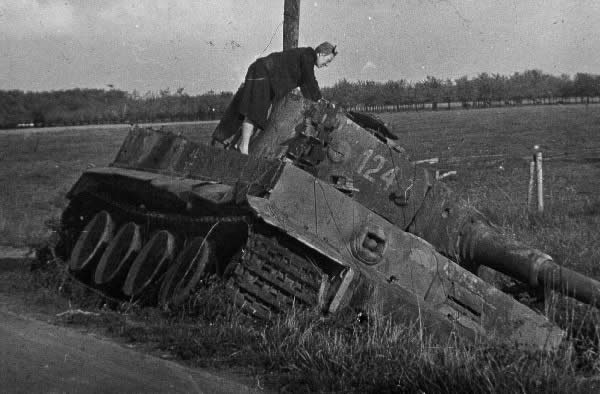 What do we see, and what do we know ?