This ring was found near Groesbeek in the early 80's.
We think this ring belonged to a pilot of one of the downed US bombers on their way to Germany, in 1944. The US Airforce was involved in mostly daylight bombing missions.
Normally the crew consisted of about five persons.
We have no more info on this rare item.

The ring shows a set of wings with a propeller.
Inside the ring has a 'gold-stamp', but no initials or further markings.

Special thanks to: Mario Reintjes 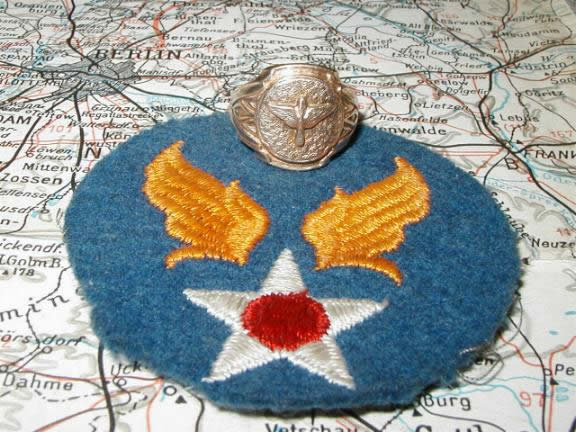 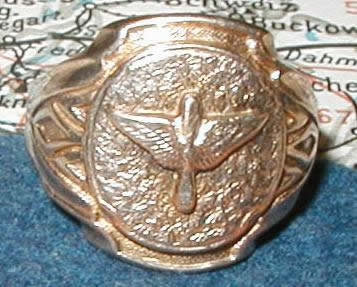