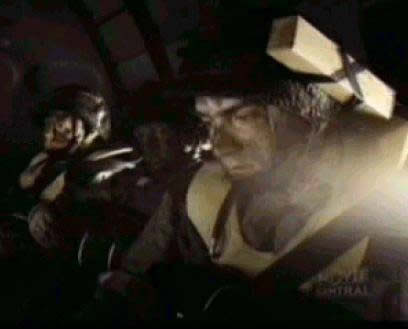 The best answer so far has been submitted by Tim Hendriks.
He sent us a picture of a delivery light and the box it was packed in. 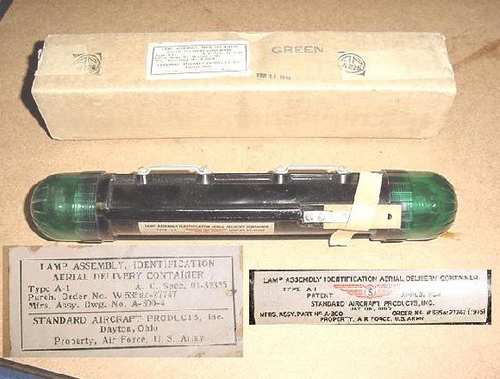 The dimensions look about right, and I asume the light wasn't that heavy, so attachment with some tape would do.
Question remains: Why ?
Maybe the lamp was used to rally on; to mark an assembly point or something similar. (Yes I know that if this guy was a Pathfinder, he would have jumped ahead of the flight #66 - #67 planeloads... but still, it is the best suggenstion so far).