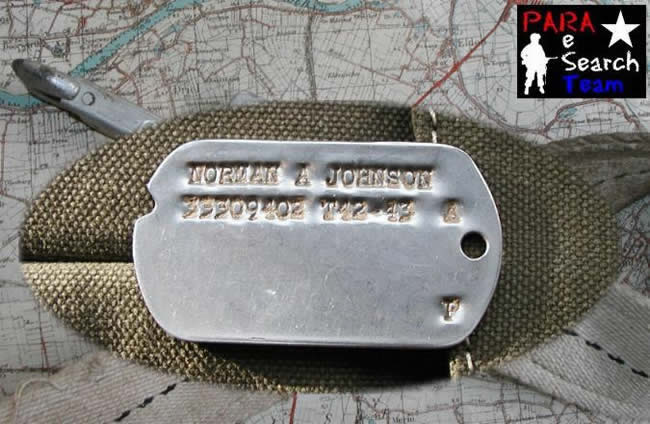 The shown Dog Tag was found in a field near Slijk Eeuwijk in August 2002. We have no further information on this US Soldier