During the Snowbird Reunion, February 2004 Florida USA, our Para Research Team Vice President had the honor of presenting veterans of Baker-Company, 502nd Parachute Infantry Regiment, 101st Airborne Division, with some of the shrapnel we found in Champs, Belgium, on the Bastogne Perimeter. 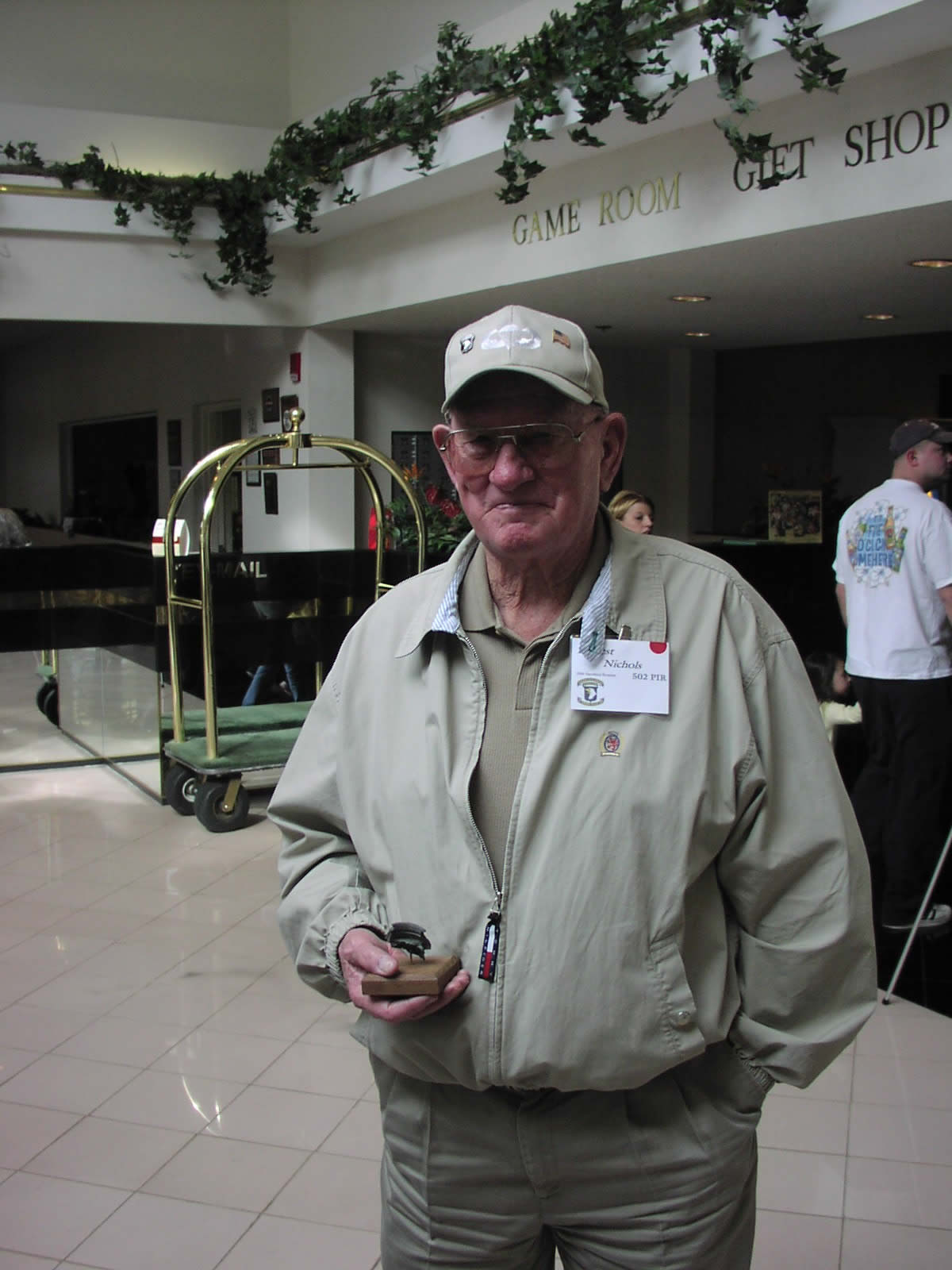 The Photo shows Forest J. Nichols with the official 'Champs Award'.
Forrest manned a foxhole in the MLR (Main Line of Resistance) on the hill top just above the village.
He was seriously wounded during the fierce battle at that very location.

Forest Nichols expressed his thanks to the members of the Para Research Team, as did his Company buddy's, present at this reunion.

We wish Forest and the other troopers all best in Life & Health, and hope to shake their hands once again, soon !