Aldbourne - Wiltshire were the home of the 506th PIR - 101st Airborne

The young soldiers from overseas swiftly filled up the village of Berkshire and Wiltshire - Liitlecote, Aldbourne, Chiliton Foliat and the like where life had not changed much for a couple of centuries.
Here, the tough, young swaggering paratroopers in those high jump boots they wwere so tremendously proud of had to contend with such oddities as pubs that served warm beer and closed at 10 in the evening.
There were the women of the village, too, who wanted to invite them to tea and spelling bees,plus strange foods such as fish and chips (soon to become a popular addition to the Screaming Eagles'diet) and rubbery, powdered eggs on toast.
In short, it was a whole new world to most of these 13,000 young men dumped dowm in the middle of rufal England.
Naturally, such young men fated to die sooner or later (or so they believed from their self-generated publicity) wanted to live before they did so. 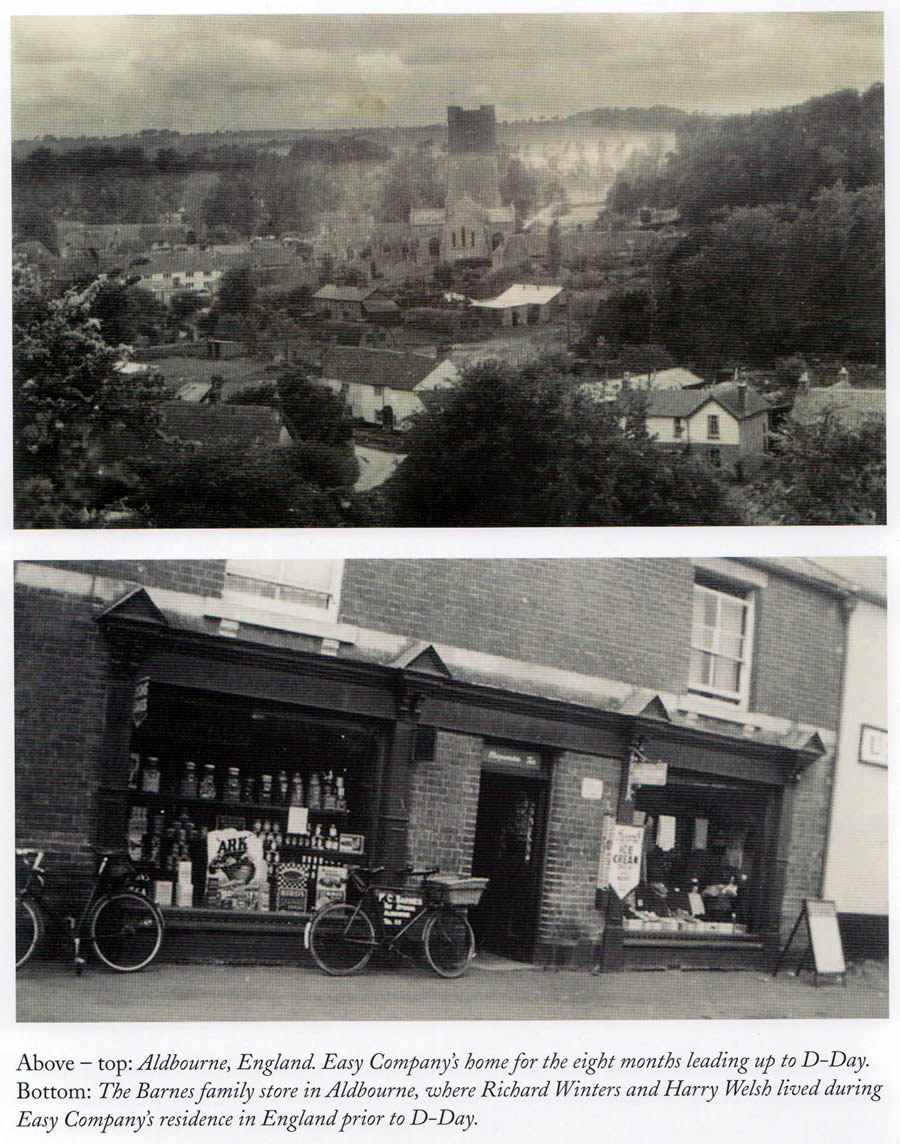 Map of the Village: 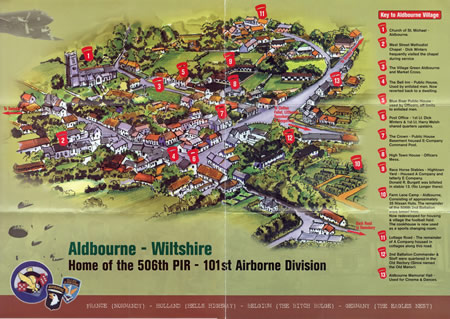 Route and Key to histirical sites of interest: 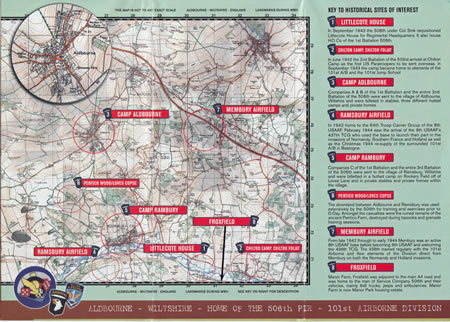