The Garrison Cap, also called Side Cap or Overseas Cap, has been around in the US Army since World War 1. The idea came from the French 'Calot' Cap, being a more desirable piece of headwear then the M-1911 Field Hat. It seems the Garrison kind of Cap was an European thing in the beginning, being also used by The British, Italian and German army's in one way or the other.
US Quartermasters Corps came up with a type of Cap that was referred to as the Overseas Cap and was only worn by US Troops, not based in the US.
During the 1930's a small braid of fabric was added to the top folds of the Garrison Cap, called 'piping'. Piping was only allowed for officers, not for the regular Enlisted Men, and indicated one's particular branch within the service.

The WW1 type Garrison Cap was an OD (Olive Drab) Cap which was deeper than the WW2 version, and had a small iron ring stitched into the front side so insignia could be worn without pressing through the Cap itself. The fabric itself was a coarse-woven material.

The WW2 Garrison Caps can be divided in 2 groups: the OD Winter Caps or the lighter Khaki Summer Cap.
Some say OD was only for officers, but there are so many examples of Enlisted Men pictured with OD Caps I really doubt the OD caps (with or without Piping) were reserved for Officers and/or NCO's.

In WW2 piping, also referred to as braids or cords, was allowed for both Officers and Enlisted Men.

Can you identify the 8 Garrison Caps in these two pictures by using the table below ?

In case of the Airborne Troops Patches were worn on the front side of the Garrison Cap. Worn on the left side indicated Enlisted Men, worn on the right side indicated Officers. The Officers could wear their rank insignia (i.a. Lt Bars) on the left side of the Cap. Generally this goes for the first type of Parachute or Glider Infantry or Artillery Patches, only displaying a Parachute or Glider on a Blue (Infantry), Brownish (Medical) or Red (Artillery) background.

The later combined Airborne Patches (with a Glider and Parachute displayed on a Dark Blue background encircled by a White, Light Blue or Red border), can been seen worn on both sides of the cap.
Generally the point in which the front of the Glider is directed indicated the difference between an Enlisted Men or an Officer. Glider pointed to the Left: Enlisted Men. Glider Pointed to the Right: Officer.

The 3 pictures below show two Garrison Caps that were used during Market Garden. They both carry the Combined Airborne Patch with both the Glider and the Parachute. (See Close Up of this patch). 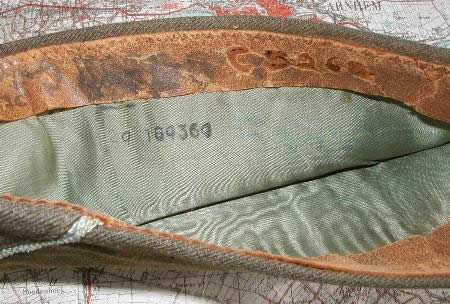 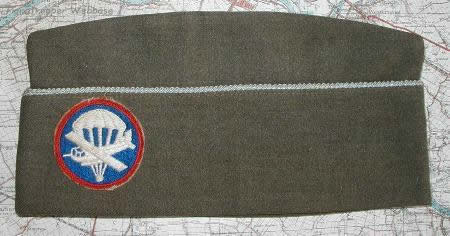 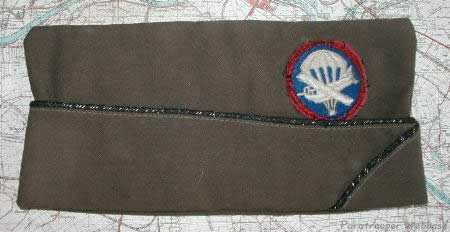 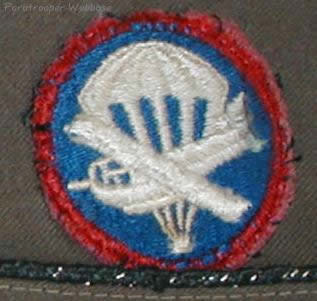