The Escape Kit was a waterproof pouch that held a thick pliofilm cover with several maps inside. There are a lot of different types Escape Kits, for all Theaters of Operations. Some have 'Maps' or 'Maps Only' and/or a date, normally the last two digits of the year, i.e. 43 stamped on the outside in Red, Black, White or Blue. 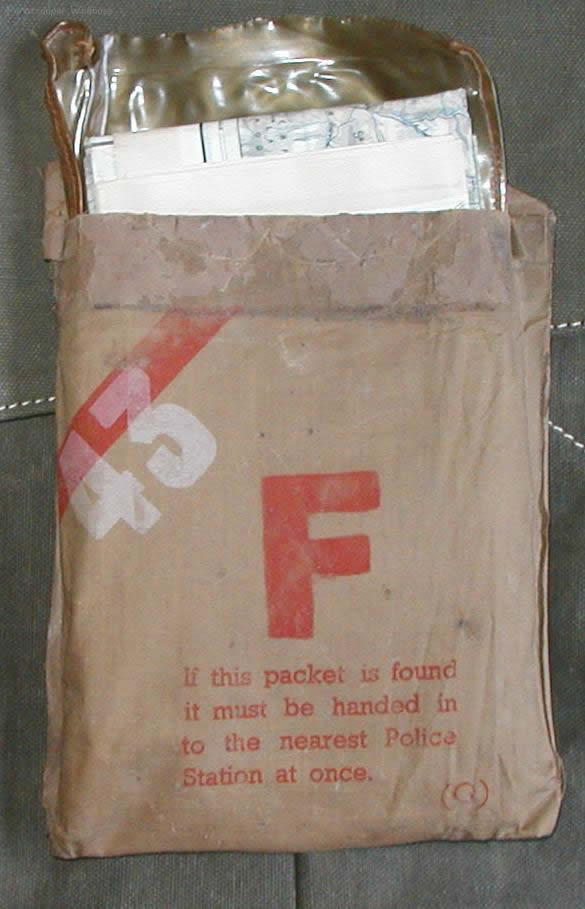 The one on display is a Mark III ETO Escape Kit, with silk maps of France, Holland etc.
This is the type of kit carried by Allied Airmen, Paratroopers and other Operatives who might find themselves alone and behind enemy lines. 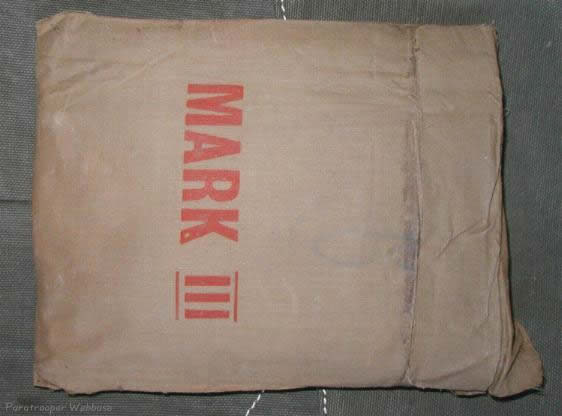 The maps were made of Silk because it was quiet when unfolded and compact when stashed inside the waterproof pouch. Biggest benefit for us, 60 years later, is that the silk map doesn't wear of tear easily.
Even when found underneath the soil, the silk is mostly in pretty good condition ! 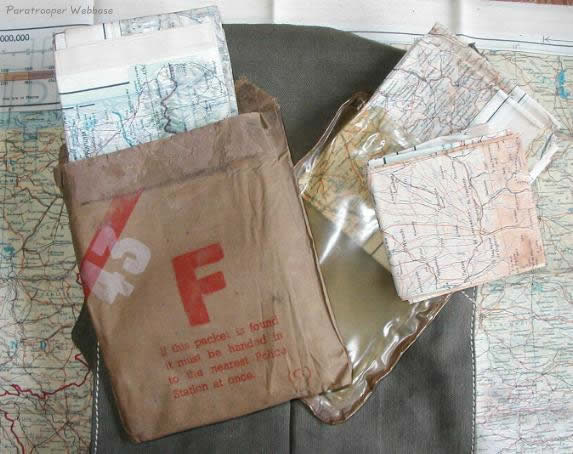 After Normandy, Paratroopers had to give back the Escape Kit which was issued before D-Day so the maps could be dispatched to Air Force personnel and operatives of other actions above or on occupied grounds.
This order was ignored on a massive scale; the map turned out to be the first wartime souvenir for many of the soldiers in general, and more specific paratroopers ! This was an item that could easily be stashed away in their pockets where their other souvenirs had to be left behind when engaged in action (together with their duffelbags or seaborne rolls never to be seen again, or completely empty in most of the cases).

Escape Kits could also contain a small type of compass and/or small tools like matches, a mirror or a little saw.