One of the first specialized Airborne Books I got my hands on was 'At the Point of No Return'. A very dear book to me since I met some of the portrayed US Paratroopers in the last few years, and it strengthened my love for Normandy and its winding, impenetrable, hedgerows. This book was written by Michel de Trez, a Belgian historian specialized in the history of Airborne Forces.

The reason Michel has chosen to devote most of his time and energy to the US Paratroopers is that he does not want the sacrifice of all those brave men who fought and died during WWII to be in vain. He has the deepest respect for those who freed his country some sixty years ago and wants the people of his generation and younger to know about these heroic soldiers, who they were and what they did for us, he feels they must never be forgotten.

He is a regular contributor to numerous historical military publications and has also worked for the film industry and television, which also include the two famous movies Saving Pvt. Ryan and Band of Brothers.

Michel de Trez: writer, collector, military consultant on WW2 productions and webmaster. But above all a man with an extraordinary passion for the US Airborne of WW2. A man who re-lives history and shares his vision with us in his amazing books. Definitely a man for our 15 questions E-nterview!

01. When and how did you get interested in World War Two?

When I was a kid, I loved WWII movies and more particularly 'The Longest Day'.
My Dad's uncle landed in Normandy with the British Army and he gave my Dad many war souvenirs. Like many kids of my generation my games among others consisted of playing war. When I was 6 year old I started collecting 'everything green'. That's how I got started in collecting army uniforms and equipment. I love WWII airborne photographs, I love airborne veterans. I spend most of my time studying photos, interviewing vets, researching archives... in other words I am living my passion.

02. What was the first impression you had about American Paratroopers?

They are though and they know how to get the job done, but they are also a bunch of kids looking for trouble and adventure.

03. When did you decide to start writing?

I always wanted to assemble photographic history book. I am a WWII photo buff and have always been collecting them. I started writing in the late 80s

04. Can you tell the craziest story you've ever heard from a WW2 paratrooper?

Well this is a good one. I recently visited a good friend of mine in California. He is a vet from the 101st. He was a very athletic and tough soldier. Before he enlisted, he was a university football player and also a pro-boxer champion of his State.
He is now 83 and still very alert. The week before I visited him, while he was driving around, some young arrogant driver cut his road and when my friend gave him a horn, the youngster gave him a finger. That was not a good idea!
The ex-paratrooper started to follow the guy who finally stopped his car into the parking of a grocery store. When my friend wanted to get out of his car in order to find out what was wrong with the guy, the youngster kicked the door on his head, which knocked him back on his seat. That wasn't a very good idea either!
My friend managed to get out of his car and tried to tell this guy it wasn't a very nice thing to do to an old man. This youngster was now insulting my friend, using every bad word you can think of. That was the third mistake, he got my friend mad!
My friend told this guy that although he was over 80 year old, he would still get into a fight with him and kick his ass. The youngster started laughing Fourth and last mistake!
My friend thought that if he was to punch him, he was now so furious that he would hit him too hard and broke his own fist. So, he knocked him with his head. He got him straight in the nose and broke it.
On the ground, was this young 30 year old guy crying, bleeding, screaming 'You broke my nose!!!' Morale: Never fu-- with an old paratrooper!

05. Which WW2-location (former battle site) has got most of your attention?

Normandy is certainly my main interest, but I got a lot of interest in the Southern France campaign and the Holland invasion too.

06. Who do you consider an (other) authority on WW2 issues?

I don't know about WWII issues but I would say, in specialized field like US and SS history, without any hesitation: Mark Bando. He is a bible when you talk about 101st Airborne Division. The quality of its work speaks for himself. He is not only a bible, he also a good writer. I particularly like his way of approaching history. George Koskimaki is another authority on the 101st.

07. Which WW2 movie is your all time favorite and why?

The Longest Day. I guess it is because I saw it with the eyes of a kid.

08. Would you like to produce a WW2 movie yourself and if so, about what?

I never taught about it, but I think I wouldn't like it. It's just not my stuff. I am more involved with the real guys: the vets. Those are my heroes. Hollywood is not!

Without any hesitation, my wife! But I guess that's not allowed by the manual. I wouldn't like to be in a foxhole, I am too much used in modern comfort I heart too many times how hard it was to loose your best friend in a cold foxhole. To answer the question I guess my old men Forrest Guth or maybe that tough fighter from the 326th Engineer, "Birdlegs" Dickson

10. What kind of WW2 objects have your special interest?

I wouldn't surprised anyone by saying US Airborne items. I love paratrooper helmets and I love uniforms too. But, I love so many items! I guess that why I am a collector!

11. Which object in your collection has the most value to you personal?

Can't answer this one, too many items are highly sentimental to me especially when the veterans are dying one after another.

12. What is the strangest object in your personal collection?

13. How would you like the world to know you?

I am not a pro, I learn every day and hope that it will be that way for the rest of my life. That's how I keep the passion alive.

15. Are there any other interest for you besides WW2?

Oh yes, I have a large interest in my family life and friends. I have various level of interest in politic, justice (or should I say in-justice), music, sports car, skiing, diving, wine, cigars, fine food... 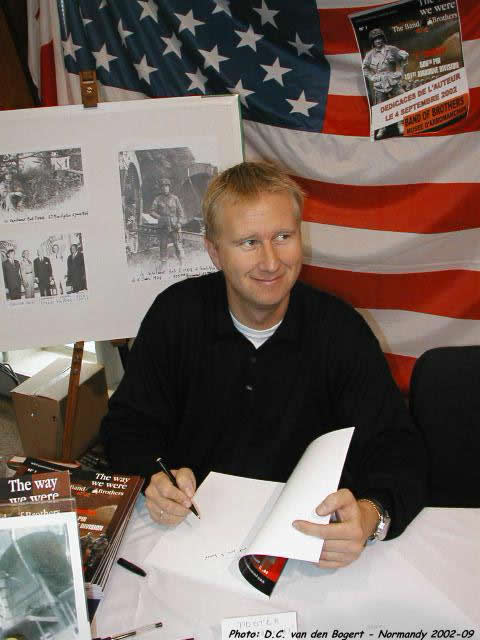 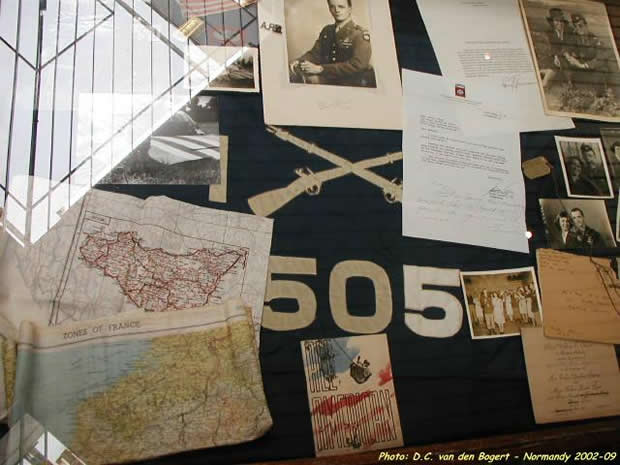 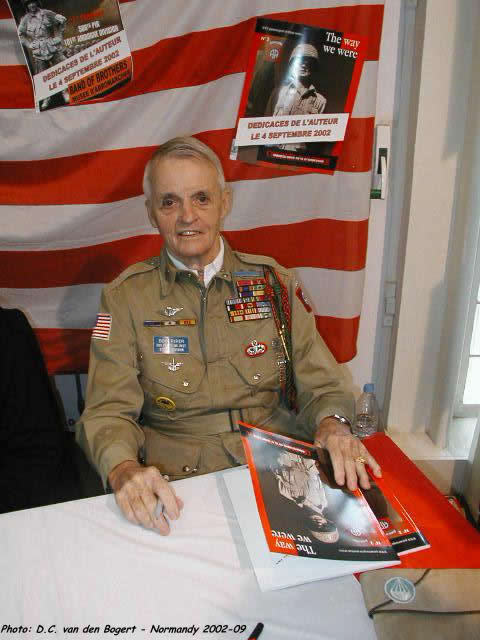 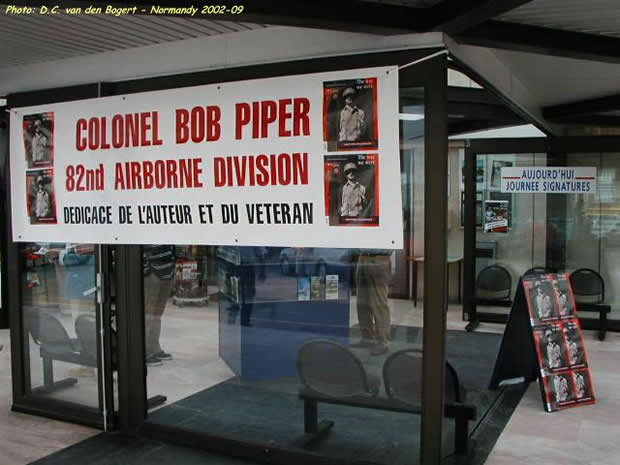 Picture was taken in Arromanches, Normandy (France) in September 2002 when we met Michel and Colonel Bob Piper (505th PIR 82nd Airborne Division) on the promotion tour of the de Trez book on Colonel Bob Piper. A very special occasion for Sophia and myself.

As a fan of his work I, for one, am eagerly awaiting the release of his new book 'Orange is the Color of the Day' on the Invasion of The Netherlands: Market Garden, September 17th 1944. This book should be available in 2004 (check his website for details).