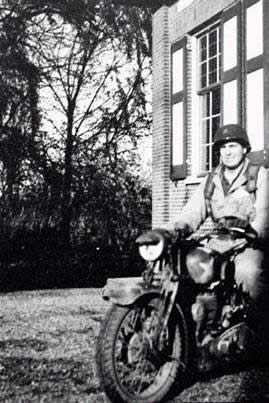 We go back to Holland, at the end of October 1944, weeks after Market Garden.

As he stated himself he found a motorcycle in a haystack next to the farm. But a local source revealed the fact that a certain English motor-ordnance of the 51st HD Division, lodging in a local home, turned up one morning, raving mad because his bike was stolen He would never see the motorcycle again...
After the publication of this article, Lex Schmidt identified this motorcycle as a BSA M20 500cc. 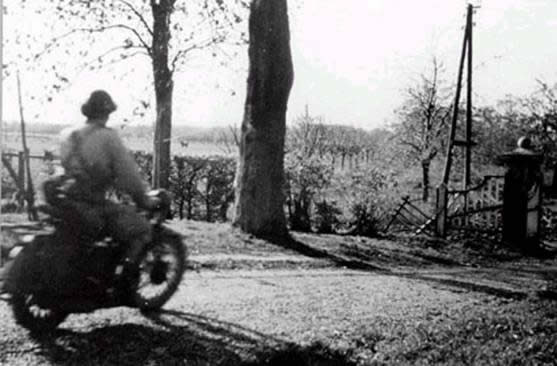 The house at the first picture has been identified as is the location at the second picture, since the Herveld windmill is visible on this action shot of Captain Swanson. Both locations haven't changed that much since 1944.

In May 2000 Captain Swanson visited the Netherlands. CJ Jansen, a friend of many Airborne veterans gave him a tour of 'The Island' as it is today. During this event the Captain related that he used the bike to keep contact with Division in Slijk-Ewijk, a village nearby. But after several rides it was over. The Captain was told not the use the bike anymore. The risk of a Airborne Captain travelling on a motorbike between the lines was to great to comprehend. 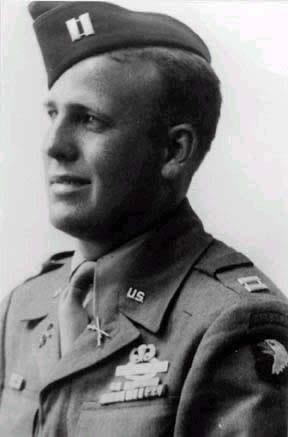