Language Guides were issued to the US Soldiers to get familiar with the language of the country they where about to 'jump or drive' into. French in Normandy and during Market Garden they had been issued the Dutch Language guide.

The books contained an English list of words and/or phrases, translated into the foreign country such as French, Dutch or German. Not only were the actual foreign words listed, each word or phrase was also spelled out in a phonetically way (the way an English speaking person would pronounce the words).

Some of the special guides contained additional information on the specific country like the 'Cities of the Netherlands' guide.
The guides were made to help the communication between the local people and the Allied Soldier, and the knowledge obvious worked both ways.

There was also a special guide on how to behave when being captured. 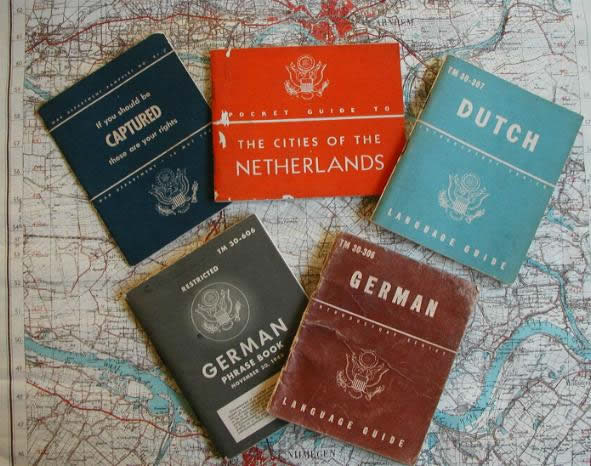